The team behind the award-winning bar Public, and Artic Monkeys’ drummer, Matt Helders, have partnered with pioneering drinks company, Left Field Kombucha, to put kombucha in their portfolio of bars, and in the soon to open Ambulo, (a fresh new eating experience opening 2019).

James O’Hara, Co-founder of the Rockingham Group, which owns a portfolio of bars in Sheffield including Public (voted Best Place to Drink 2018 in the Observer Food Monthly), The Great Gatsby, and Picture House, said: “We are always looking to create fresh authentic options in our bars, and we were already big into kombucha as an idea. Matt Helders and I spend a lot of time in LA where kombucha is everywhere, but we haven’t seen it on draft in pubs and bars here on a scale. When we talked with Jo and Geraint at Left Field Kombucha, we knew we could do something together".

Left Field Kombucha was born out of an idea by a former beer brewer at Sharps, Geraint Roberts.  Its original brew, the Yunnan Black kombucha, is an earthy fermented drink similar to a beer. In its first year of launch, it was a finalist in the Scotland Food & Drink Excellence Awards and won a Great Taste Award.

Jo Easingwood Roberts, co-owner, said “We started from draft and our draft kombucha has been out in independent bars since July 2017, in Edinburgh, Kent, St Andrews, and the Scottish Borders. This is taking it to another level. With James and team we are thrilled to get the kombucha on across all their venues at once. Our customers say that pubbing has been transformed for them.  There’s such a lack of interesting draft options without the alcohol, and we get the chance to do this in Sheffield, to show kombucha is a fermented powerhouse!”

With more and more people taking on Dry January then this provides a serious alternative to booze.

The brewer, Geraint Roberts, explains the reasons it works, “Kombucha is a fermented tea drink that pours like a beer. So, kombucha on tap makes for an obvious choice in a bar. For a number of reasons, people are choosing to drink less alcohol, particularly in Dry January. In fact, 21 per cent of adults don’t drink alcohol at all and alcohol consumption in general has been falling for a decade.

Kombucha includes sugar as an ingredient but much of it is consumed by the fermentation process, so the end result is a less sugar than most soft drinks, and somewhere on a par to beer.  As the Left Field team says, Kombucha has been consumed in East Asia for centuries as a healthy home-made tonic – 2,000 years of evolved culture can’t be wrong!

Kombucha on tap was highlighted as one of the key wellness trends of 2018 in the UK. Fermented food and drinks are known for their beneficial gut health properties, and kombucha is at the forefront of the trend. Wellness expert Rachael Welford, says, “Fermented products have been all the rage this year, especially kombucha.” In fact, she believes kombucha will feature alongside craft beer on tap in bars as the ‘sober-curious’ trend carries on.  “Having a fizzy fermented drink like kombucha on tap is many people’s dream. Not only does it taste awesome, but it’s actually good for you,” she says. 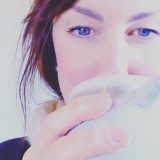